OneWeb, the global space-based communications company, together with commercial aviation terminal partner Stellar Blu Solutions** achieved a significant milestone on May 28, when it successfully delivered high-speed, low-latency inflight LEO satellite connectivity to a commercial airliner. Stellar Blu, has partnered with antenna technology provider Ball Aerospace to incorporate its electronically steered arrays (ESA) into the terminal solution. This collaboration realised breakthrough performance on OneWeb’s low earth orbit (LEO) network. The new Stellar Blu platform, known as “Sidewinder”, will continue flight testing through the remainder of 2022, with a target for certification and availability in mid-2023.

This first test flight was conducted aboard a Boeing B777-200LR and took off from Fort Worth Alliance Airport (KAFW), in Texas on May 27th at 15:20 UTC and flew for just over one hour delivering the game-changing connectivity experience.


This test flight validates not only the installation and integration of the aircraft terminal, but underscores the performance of the antenna technology, and verifies the reliability of the connectivity during taxi, take-off, landing and typical aircraft flight manoeuvres. As with any test flight, the assessment of performance reviewed expected parameters against vendor specifications, while also instrumenting and verifying on-aircraft impact and operating characteristics.

Commenting on the successful test flight, Ben Griffin, vice president Mobility said: “This test flight represents a fantastic milestone for OneWeb. Broadband in-flight connectivity, delivered to a commercial aircraft via low Earth orbit (LEO) satellites and an electrically steered antenna (ESA) is now – finally – a reality. Together with our partners Stellar Blu and technology from Ball Aerospace, we are now well and truly on our way to delivering consistently reliable, game-changing, affordable inflight connectivity to commercial aviation users everywhere.

“This successful flight test demonstrates the power, not only of the OneWeb network, but our industry focused and partnership-led approach to the design, development, and deployment of ground-breaking technologies to connect commercial aviation. A solution designed for the aviation industry, by the aviation industry”

This maiden flight represented the culmination of several months' collaboration between Stellar Blu, OneWeb and Ball Aerospace including ground trials and flight tests. Their goal is to achieve certification in mid- 2023.

The Sidewinder terminal is ARINC 791 compliant to ease integration on commercial aircraft, with a smaller form factor option for installation on regional jets and single-aisle airliners.

Tracy Trent, Stellar Blu CEO, highlighting the achievement commented: “This initial testing is more about the integration of the components and accomplishing a safe installation on the aircraft, versus proving the connectivity functionality. That said, we are delighted by the performance of the terminal during the test flight. OneWeb is changing the reality of inflight connectivity now and for the future. Our antenna will harness the power of OneWeb’s Low Earth Orbit constellation to deliver high-speed, low latency, globally consistent and reliable connectivity for every passenger, without conflict or compromise. We are very confident the Sidewinder terminal will present operators with a purpose-built aviation solution, delivering new breakthroughs for passenger experience, and redefining aircraft operating expectations for reliability and maintainability.”

Based on the electronically steered antenna technology developed by Ball Aerospace, the terminal is significantly, lower profile, lighter and smaller than existing aviation antennas. It will enable airlines to connect their aircraft, passengers, and crew over OneWeb’s low Earth orbit (LEO) satellite communication network. OneWeb expects this to be a key differentiator as airlines initially embrace and become confident in the benefits and performance of its new LEO technologies.

OneWeb is exhibiting at Aircraft Interiors Expo at Messe Hamburg, Germany Stand 2E40. Meet Ben Griffin and the aviation team on site, or prebook a meeting by emailing aviation@oneweb.net

* Experimental max throughput, not representative of commercial speeds to packages

OneWeb is a global communications network powered from space, headquartered in London, enabling connectivity for governments, businesses, and communities. It is implementing a constellation of Low Earth Orbit satellites with a network of global gateway stations and a range of user terminals to provide an affordable, fast, high-speed and low-latency communications service, connected to the IoT future and a pathway to 5G. Find out more at http://www.oneweb.world.

Stellar Blu Solutions (Stellar Blu) is a leader in the development of cutting-edge connectivity, network and avionics solutions for next generation satellite networks. GDC Technics, one of the largest aircraft modification establishments in the world launched Stellar Blu as an independent company focused on continuing the development of aircraft communications technologies for the world’s leading airlines, as well as solutions for other aerospace and mobility markets. Together these firms provide turn-key inflight connectivity solutions including terminal development, aircraft integration and certification and installation packages. http://stellar-blu.com/ 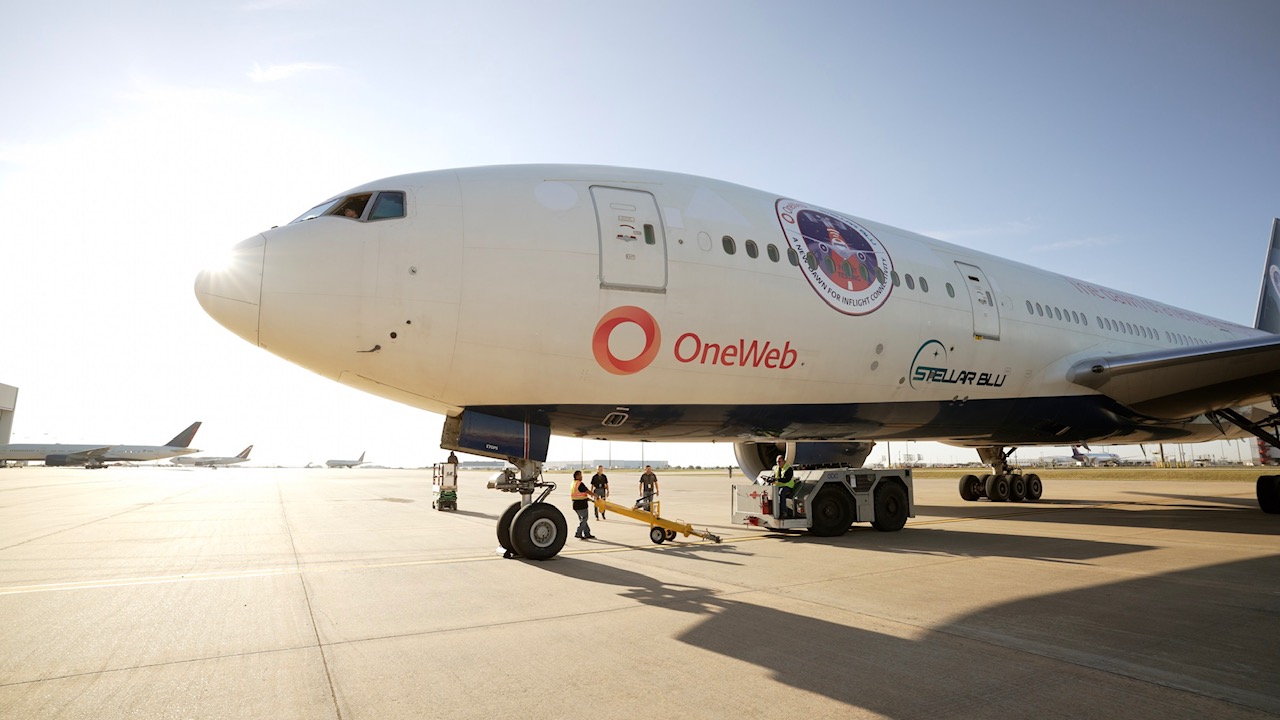 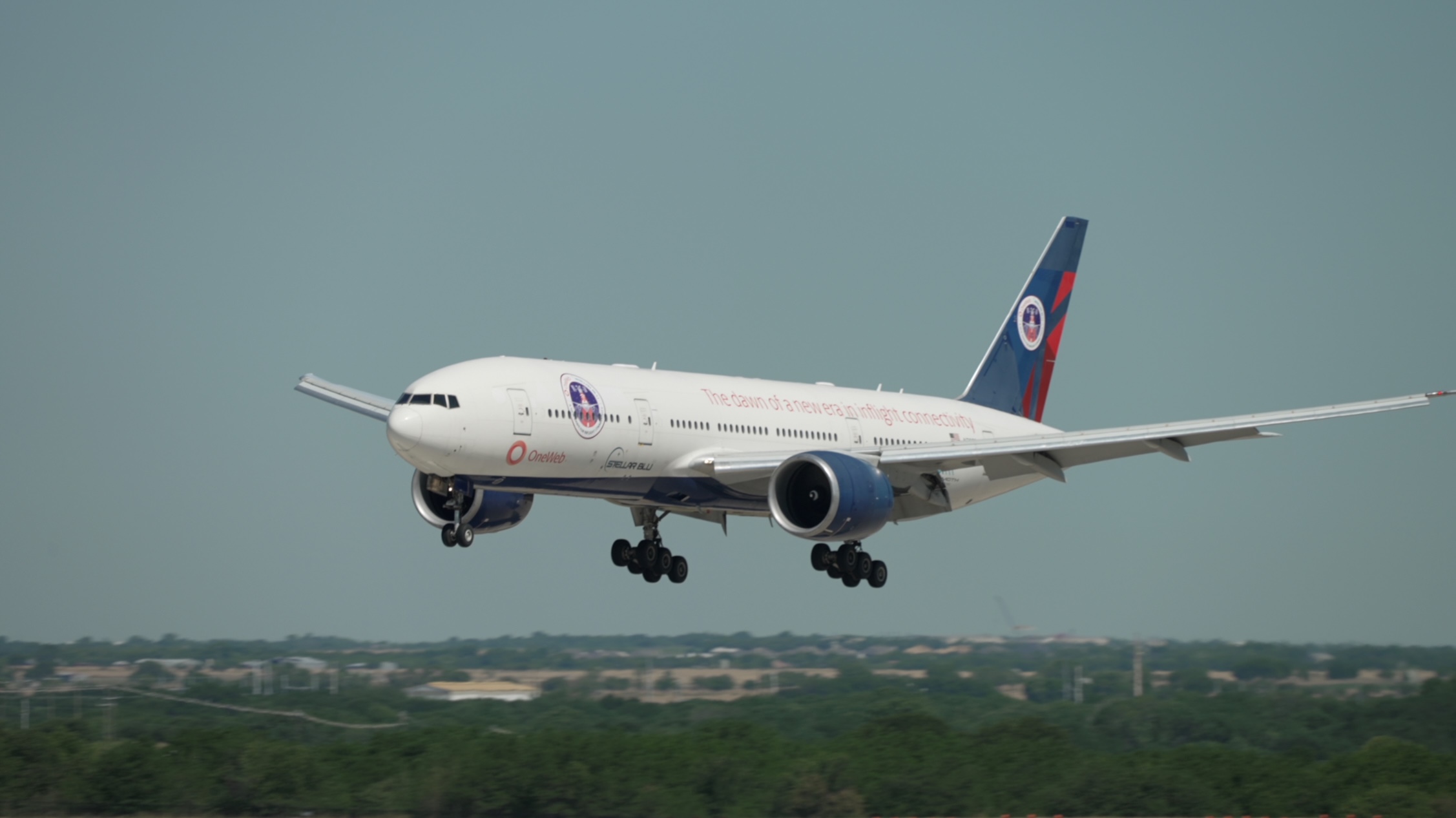 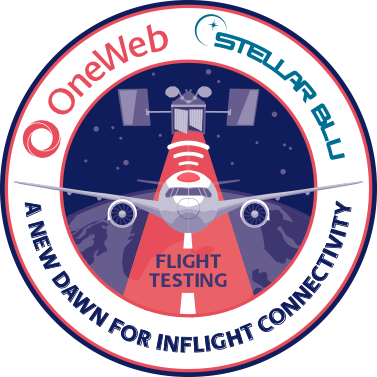